Slowly but surely sports are returning. The packed stadiums and arenas are still on hold as their is an AHS mandate declaring 100 fans max for indoor events, and 200 max for outdoor sporting events. Soon though, there will be sports on CBC, TSN and Sportsnet that feature Edmonton teams playing in real time. The smile is ear-to-ear as I outline to you a calendar of sports events in the Capital City.

Saturday August 1st the Edmonton Oilers and the NHL return to action. With no fans allowed in attendance and sports bars still needing to social distance, as nifty as it is to be a hub city, your best option is still to watch the game on television at home. The other two guaranteed games for your Oilers will be Monday August 3rd and Wednesday August 5th, plan accordingly.

The first Ginga Ninja race of the summer of 2020 was cancelled due to inclement weather. The Saturday July 18th event, limited to 200 fans, is sold out already so mark Saturday August 8th on your calendar to fulfil your need for speed. While Ginga Ninja is my preferred racing event at Castrol Raceway, click HERE to see what else is happening at Castrol.

Four Tuesdays of lacrosse action in Fort Saskatchewan. One already in the books, one on tap for later today, Tuesday July 14th. To read the “12 oz Sports” preview for tonight’s action, click HERE. From the outside looking in, it is a chance to watch a few top players from the 2019 edition of the Edmonton Warriors keep their lacrosse skills sharp. Greg Bourret, who lead the Warriors in points last season, leads his Riverman with 5 goals. Jordan Wheaton, who finished 5 points behind Bourret last season, leads his Rhinos with 4 goals. Fans are welcome at the Jubilee Recreation Centre with a limit of 100. 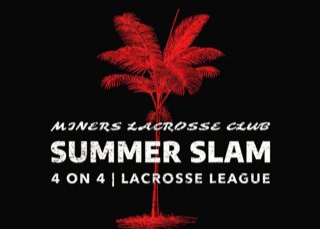 The Miners Lacrosse Club are holding a 4-on-4 lacrosse tournament beginning Tuesday July 21st. All games are scheduled to be played on Tuesdays and Thursdays with the Final on either Friday August 21st or Saturday August 22nd. The National Lacrosse League’s John Lintz and Erik Turner will team up for the Sizzlers. Richard Lachlan, Graedon Cornfield and Darren Kinnear, respectively 2019 RMLL’s 1st, 3rd and 6th leading scorers, join forces on the Muckmen. Games will be played at Servus Place in St Albert with a maximum of 100 fans in attendance.

Real Canadian Wrestling has been performing live shows at the Norwood Legion since Saturday June 20th. That is when they announced they would be doing a live show each Saturday. Their next show is Saturday July 18th after a one-week hiatus. Tickets available through Eventbrite while they last (only 100 available).